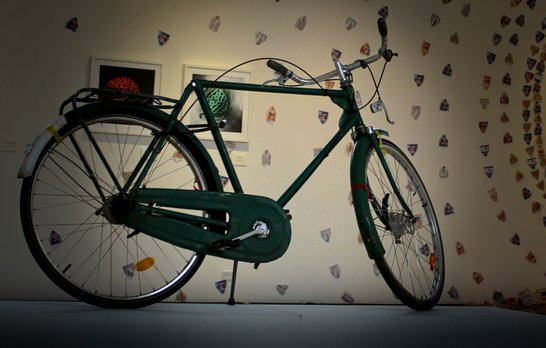 REPETITION OF "YOU TAKE - I TAKE - YOU TAKE" 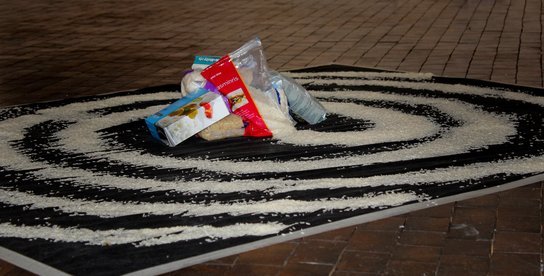 REPETITION in SEARCH of "RISALAMANDE" 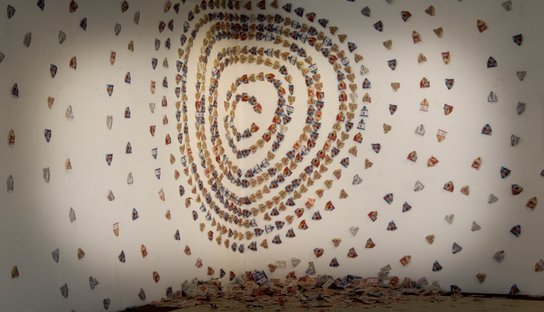 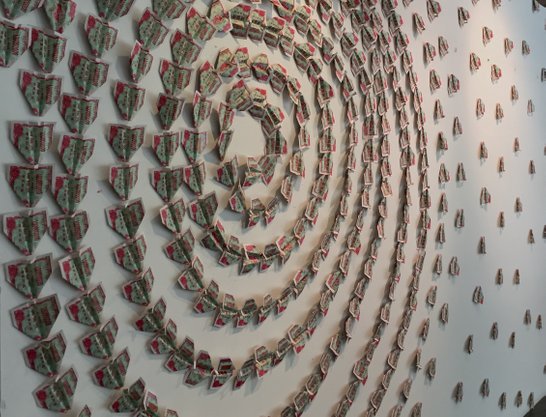 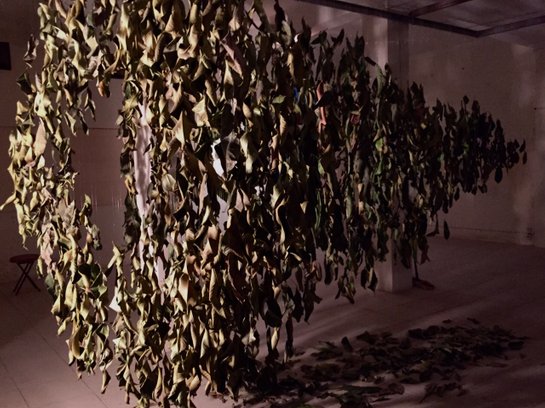 Nature is all around us, and Awang chose one of the most commonly seen and readily available materials - fallen leaves, for his three-dimensional work, “Entropy”.

(meaning: the amount of order or lack of order in a system)

The leaves are created by the Fractal process, as a crucial part of a plant.

The leaves begin small, and grow bigger, just as this installation does. The leaf is part of “the carbon cycle”, in that it feeds the plant, then in time dies, falls, and goes back to the earth as compost, where it then provides fertiliser for a new tree, and new leaves. The tree creates seeds. Thereby the circle of Life is completed, so the installation is shaped as a circle.

The movement of the hanging leaves, signifies the fact that in the natural world, nothing is ever stable. There is always movement and change, and Fractals are the basis of this endless cycle of existence.

Sounds that come out of our mouths, even a whisper,

is an energy that will not disappear.

Energy not visible, but still remains around us, in the air and in this world.

The words that we say are never truly lost. The sound is surrounding us,

The words we write, even before putting them on paper already exists in our minds. Sometimes when we write, realized or unconscious, the hands move and we only pronounce it.

Developing a telephone wire, to communicate with each other

All is passed on to the recipients.

The installation of these boxes is a form of visualization of my idea to contain energy from sound, body movement and by writing.

Basically energy does not disappear or vanish - And I would like to put the en¬ergy into these boxes.

In principle these boxes are satellites without electronic tools to be directly im¬plemented or delivered.

The energy entering the boxes is not seen, heard or read by me or others, but that energy will be a witness of the occurrence in the future from what has been pronounced.